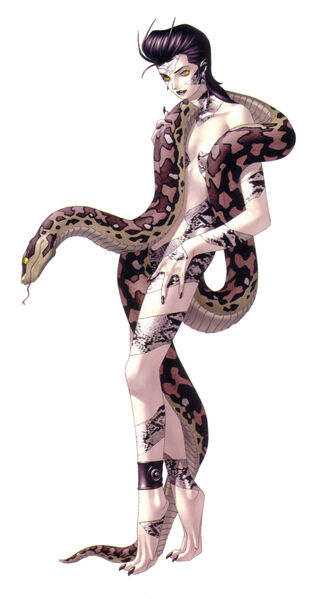 The most powerful female demon. She took a human form 821 years ago and seduced a priest in the Irish countryside. She gave birth to Alasdair nine months later, and left him with his father, hoping he would be an in-road for an overthrow of earth by the forces of hell. He disappointed her by instead choosing to allow his human side. She has come to this world in hopes of finding her son and forcing him to work for her, and perhaps set up her dominion there.

-Black Gate: Used when her HP drops to critical. Automatically removes one character who is not Alasdair from the party.

-Hell's Whisper: Causes the "confusion" effect on Alasdair. No longer used when her HP drops to critical.

Community content is available under CC-BY-SA unless otherwise noted.
Advertisement